Home > News > Exhibition Activities > Jiali Technology Explosion-proof Vehicle Showed in CeMAT 2016
Jiali Technology Explosion-proof Vehicle Showed in CeMAT 2016
CeMAT Exhibition, one of the world's leading fair for intralogistics, taken place from 31 May to 3 June 2016 at the Hannover Fairgroun in Germany. On May 31, Jiali Technology exhibited CPDB30 Explosive-proof electric forklift to the public. There were more than 1,000 exhibitors, of which 31% came from 66 different countries.
Jiali Technology is a specialized enterprise of researching, manufacturing, sales and service for explosion-proof material handling equipment. With actively expanding the international market, Jiali Technology considers that China-made explosion proof vehicles are not worse than those made in Europe. Jiali Technology will be one of the top explosion proof vehicles suppliers all around the world.
Since 2011, Jiali never missed CeMAT Exhibitions. At the event this year, Jiali displayed their hottest products - CPDB series Explosive-proof electric forklift. The open display platform can allow customers to experience the excellent performance and humanized design of the vehicles, attracting attention and counseling from many foreign merchants and experts. 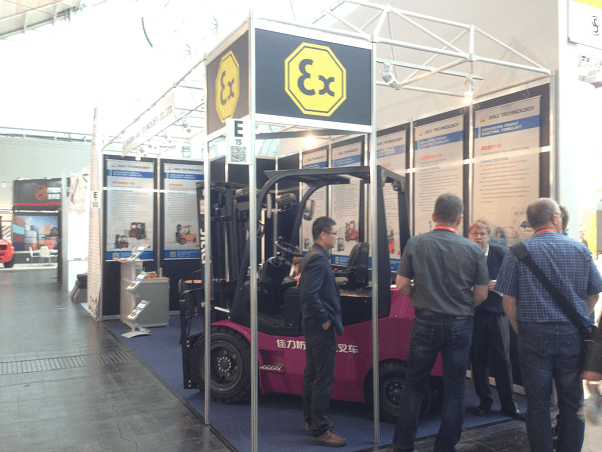 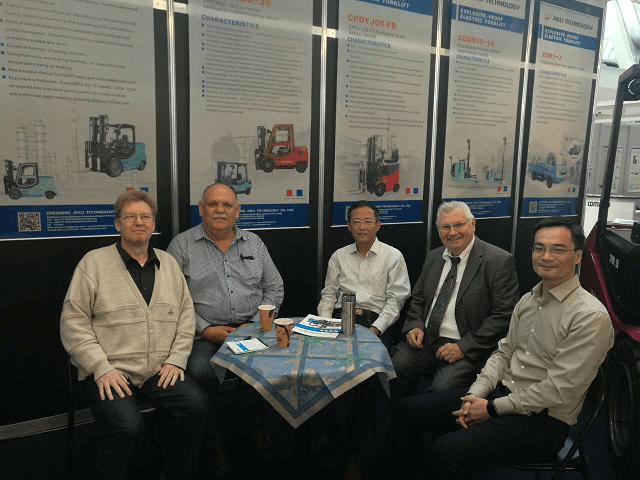 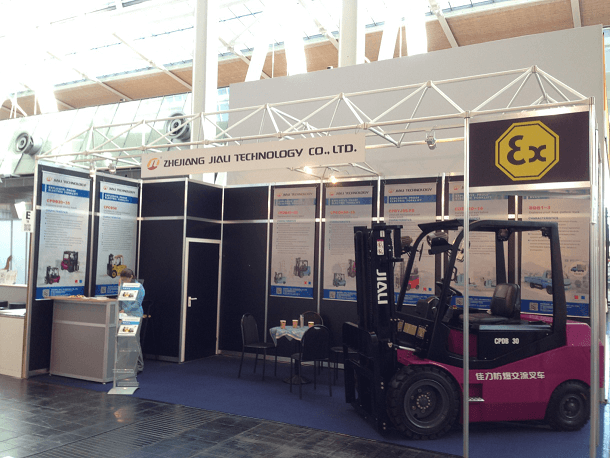